A few days ago I saw a LED TV advertisement. The householder is in a soft mood after eating soft food. If the flexibility of food is a determinant of attitude, then our idea is that our father never ate soft food in this world.

The softest that you have eaten will be at least brick-cement or TMTB! The speed at which he has been kept since childhood,

He rejected it ten times faster than that. But even after that, this time, we three siblings appeared in front of Abba with Abdar at the same time.

Amma is in the role of caretaker as always. One hundred percent agree with Abba and us individually!

Dad watches news on private TV channels from 7 pm and watches BTV news again at 8 pm. Seeing these, he took a middle position.

We all physically appeared before him during the tea break between the news of eight o’clock at night. Then, after calling Dad three times, he looked away.

‘So I have to do Dhoom Three Dance on this occasion?’ Dad said and threw at least three pairs of lightning through his two eyes.

Also Reading: What is a typical personal loan interest rate in Different Banks?

We would have given up other times, but we have stuck to one point this World Cup season.

I said, ‘Dad, it’s better to buy a new LED TV to watch the World Cup.

Dad is probably frustrated at the thought of comparing a boy to a figure at an early age.

Even then, you may have realized what kind of TV we want to buy. So he took his eyes off us and looked at the belly TV.

Over the next few days, we continued the all-out non-cooperation movement for this Zero Figure TV. But, unfortunately, dad didn’t listen to us.

Heard the advice of a passenger on bus number 6. Suddenly, he bought a TV card and a so-called zero figures LED monitor for a desktop computer one day! 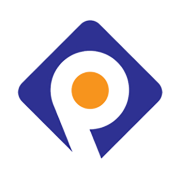 How To Improve Your Ranking in Google With Dedicated Server Singapore